It’s been a difficult few years navigating Graves’ Disease and Thyroid Eye Disease, and it’s time for an update. Where did I leave off?

My thyroidectomy that was originally scheduled for the first week of the NYC COVID-19 shutdown in 2020 was rescheduled a few months later. Upon waking up from the anesthesia, I instantly felt a wave of relief. Perhaps it was partially a release of stress that had been painfully building for six months, but I also felt deep down like my body was no longer fighting with itself. My surgeon appeared by my hospital bed and assured me that the nerves that control my vocal chords were intact. After several months of speech therapy I had a joint appointment with my surgeon and therapist where a camera was sent up my nose and down my throat – “Now sing!” (If you thought a COVID test felt weird – try this). My surgeon beamed with joy, gave me a picture of my vocal chords (which now has a prominent place my fridge – isn’t that where we all put souvenirs from our vocal scopes?), and sent me on my way.

Switching to a thyroid replacement medication, my thyroid levels finally started to stabilize for the first time in years. After pacing on the sidewalk and practicing how I would advocate for myself once inside my eye surgeon’s office, I was surprised that he suggested we try a new drug treatment for Thyroid Eye Disease. In the extra time that it took to reschedule my thyroidectomy more data had come out, and he now believed I was a good candidate.

I’m going to give you the cliff notes version of the nightmare that happened next:

-Insurance reconsidered and approved it.

-I had my first two infusions (out of eight).

-Production of the drug completely shut down due to Operation Warp Speed, and resources were redistributed to prioritize vaccine production. There was no estimation on when drug production would resume.

-Two treatments weren’t enough to tell us if the drug was working for me, so I waited four long months.

-We switched back to the original plan – a series of surgeries.

-Operating room schedules were significantly booked up due to all of the surgeries that had been delayed during the pandemic, so I waited another three and a half months.

Hello fall of 2021! A year later than originally planned I had two orbital decompression surgeries (one for each eye). Continuously a nightmare, I got kidney stones the morning of my first surgery and spent the first evening of my recovery in the emergency room. I was grateful the second surgery was boring in comparison.

Said one of my surgeons about orbital decompression – “It’s truly life changing!” And it has been. I am not free of this disease. I’m awaiting my next surgery. Things aren’t the same as they were before. But I am grateful that things are at least better. I’m triggered less often. Looking in the mirror is no longer excruciatingly painful. I can see progress. Sometimes I even spot a glimpse of the old me.

As I type I’m anxiously awaiting my upcoming lid surgery and experiencing familiar feelings as I watch the Omicron case numbers rise. Will my next surgery happen? Will it be delayed another three months? Maybe more? I’m just so tired. I’m ready to move on with my life. The emotional burden of this disease is too much to carry every day.

I’m hoping to share more once I’m on the other side of my next surgery. As with my orbital decompression surgeries, I won’t be sharing the date publicly. There’s nothing quite like the sadness of receiving well-wishes the night before the planned date and having to explain to everyone that it was cancelled at the last minute. But please feel free to follow me on instagram – I’ll be posting updates in my stories as they happen.

Until then, be safe, be well. 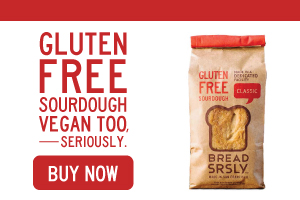